How does a battery work? Why won’t my car start? What should I consider when buying a battery? The Anatomy of a Battery Safety and Handling Cycle Capacity Comparison Powersports AGM battery fitment & filling Battery Terms, Definitions, and Glossary
← Основна информация за акумулаторите 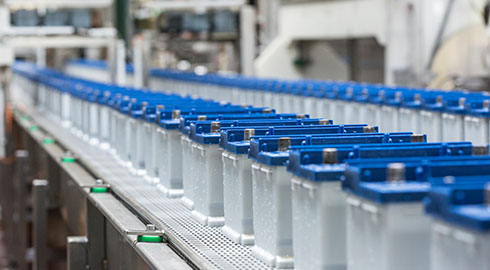 How does a battery work?

A battery stores electricity for future use. It develops voltage from the chemical reaction produced when two unlike materials, such as the positive and negative plates, are immersed in the electrolyte, a solution of sulphuric acid and water. In a typical lead-acid battery, the voltage is approximately 2 volts per cell, for a total of 12 volts. Electricity flows from the battery as soon as there is a circuit between the positive and negative terminals. This happens when any load that needs electricity, such as the radio, is connected to the battery.

Most people don't realize that a lead-acid battery operates in a constant process of charge and discharge. When a battery is connected to a load that needs electricity, such as the starter in your car, current flows from the battery. The battery begins to be discharged.

In the reverse process, a battery becomes charged when current flows back into it, restoring the chemical difference between the plates. This happens when you're driving without any accessories and the alternator puts current back into the battery.

As a battery discharges, the lead plates become more chemically alike, the acid becomes weaker, and the voltage drops. Eventually the battery is so discharged that it can no longer deliver electricity at a useful voltage.

You can charge a discharged battery by feeding electrical current back into it. A full charge restores the chemical difference between the plates and leaves the battery ready to deliver its full power.

This unique process of discharge and charge in the lead-acid battery means that energy can be discharged and restored over and over again. This is what's known as the cycling ability in a battery.